I have a broad background in ecotoxicology research through the use of in vitro and in vivo (mammalian and aquatic) test systems for environmental estrogens, studies into quantitative structure activity relationships of alkylphenolic chemicals, the application of solid-phase extraction techniques for analysing complex environmental samples, and studies into the molecular mechanisms of estrogen receptor action, to name a few. My present research interests include the application of freshwater mollusc species in environmental monitoring and regulatory testing of chemicals, fundamental research on the molecular endocrinology of freshwater molluscs and the effect of pollution on parasite-host interactions. Recent awards involving SMEs and from industry have a strong focus around water quality issues, from the health effects of consuming direct potable reuse water, validation of the efficacy of a novel device to kill pathogenic bacteria in hot water systems, and the development of ballast water treatment systems to prevent the spread of invasive species in aquatic ecosystems.

My research interests can be divided into the following areas:

1.  Ecotoxicology: The effects of endocrine disrupting chemicals (EDCs) on freshwater wildlife (fish and molluscs), including the effects of chemical pollutants on parasite host interactions.  New and emerging contaminants (e.g. microplastics).

2.  Animal Welfare and Regulatory Testing:  The use of molluscs as replacements to vertebrates in regulatory chemical testing strategies.  Includes fundamental biology research.

3.  Technological interventions and Health:  The prevention and control of pathogenic bacteria (Legionella) in domestic water systems. 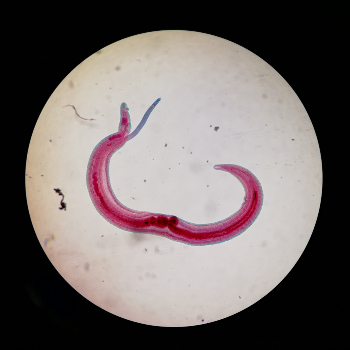 Reducing the risk of human infection to Schistosomiasis

1.     BBSRC.  The Characterisation and Functional Role of Novel Estrogen Receptors in the Prosobranch Mollusc Marisa cornuarietis. £181,011 over 3 years (2004-2007).  Principal Investigator with Dr. Jobling (Co-I) and Dr. Rand-Weaver (Co-I). The purpose of this award was to identify and characterise and elucidate the functional role of estrogen receptors in a mollusc.

3.     NERC (grant reference NER/A/S/2001/01154): Does Pollution cause Reproductive Disruption in British Freshwater Molluscs. Award £142,232 over 3 years (May 2002 – May 2005); Co-Investigator with Susan Jobling (PI).  The purpose of this award was to investigate the effects of treated sewage effluent on native  mollusc reproduction using outdoor mesocosms..

4.     DEFRA (grant reference CTG0301). Investigations of Endocrine Disruption in UK Freshwater Molluscs. Award £138, 841 plus additional £11600 awarded to compensate for additional costs of analytical chemistry in revised experiment. Additional funds from the Environment Agency (£30,000). Co-I with Susan Jobling (PI). An additional £50,000 to extend project to include 6 month adult exposure with two mollusc species to the chemical Bisphenol A.  Research to determine if natural steroid estrogens and the main ingredient of the female contraceptive pill affect reproduction in native freshwater molluscs.

5.     The Leverhulme Trust. Modelling and Mimicking the Effects of pollution from Molluscs to Men. Co-I with Susan Jobling (PI; Brunel), Joanna Bridger (Brunel) and Geoff Rodgers (Brunel). Award £190,430 over 3 years (May 2009 – May 2012).  Research to determine if early developmental exposure of molluscs to diethylstilbestrol  is predictive of known effects reported in humans at different levels of organisation

6.     NC3Rs. Of Molluscs and Men. The Snail Assay as an Alternative to the Hersherger Male Rodent Assay for the Detection of Androgens and Anti-androgens. Co-I with Susan Jobling (PI), Les Noble (Aberdeen), Cath Jones (Aberdeen). Total award £657,671 FEC over 3 years (December 2009 – December 2012).  To establish whether molluscs could replace rats in the screening for chemicals with androgenic and anti-androgenic activities, including enzyme (5a-reductase) inhibitors. .

9.     Waterwise Technology Limited funded studentship - A novel device to eliminate Legionella and other pathogenic bacteria. Award £78,000 over 3 years. Co-I with Tassos Karayiannis (PI) and Martin Ratcliffe (School of Engineering and Design). 09/11- 09/14.  Research to establish the ability, and optimise the efficacy, of an electrolytic disinfection device to control pathogenic bacteria.

11.  Bill and Melind Gates Foundation.  Grand Challeneges Explorations Round 11.  A DASH (Decoy Artificial Snail Host) to Control Schistosomiasis.  PI in collaboration with Prof. Rakesh Kanda (Co-I).  $100,000 over 1.5 years.  11/13 – 05/15.  Research to identify Schistosoma mansoni attractant(s) released by snails as part of a strategy to break the transmission cycle of the parasite to humans.