My research interest falls into three broad areas: understanding the combined effects of mixtures of environmental pollutants on human health and wildlife, developing strategies for handling mixtures in chemicals regulation, and dissecting the events important in hormonal carcinogenesis.

Not long ago, the topic of mixture effects of chemicals was deemed too difficult to be approached experimentally. There has been, and still is, a confusion of important terms and concepts in mixture toxicology, as well as experimental approaches. We have tried to understand mixture effects in terms of the toxicity of individual mixture components: Is it possible to predict accurately the effects of a mixture, when we have information about the toxicity of its components, and of the mixture ratio?

Another issue arising from the experimental mixture studies is: How many chemicals are humans or wildlife exposed to simultaneously, and which of these contribute substantially to a specific combination effect? We are currently pursuing this problem by investigating mixtures that are modelled on realistic exposure scenarios.

2. Regulatory strategies for dealing with mixtures

A new consensus is emerging that mixture effects should be the topic of chemicals risk assessment. Any strategy for dealing with combination effects has to address the question: Which chemicals should be grouped together to be subjected to mixtures risk assessment? There are at least two approaches to resolving this question: Firstly, those chemicals that humans and wildlife come into contact with simultaneously should be considered. Secondly, chemicals that can produce similar adverse outcomes should also be grouped together. Our team is engaged in developing viable, pragmatic grouping criteria for chemicals in mixture risk assessment.

While it is clear that hormones play a role in cancers of the breast, prostate and testes, their precise involvement in the disease process is far from clear. Our team is interested in studying the details of cell division and differentiation, and the role that steroid hormones and other hormonally active chemicals play in these processes. Here, we are collaborating closely with Dr Elisabete Silva.

Our work is beginning to have significant political impact at the European Union level: In 2008 the Danish Government charged us with organizing an international workshop on combination effects of chemicals (28-30 January 2009, Hornbaek, Denmark)

In December 2007 the European Commission, DG Environment commissioned a State of the Art Report on Mixture Toxicology which a consortium under our leadership won by competitive tender. The report was completed in December 2009 and was explicitly referred to in the European Council decision on combination effects of chemicals. 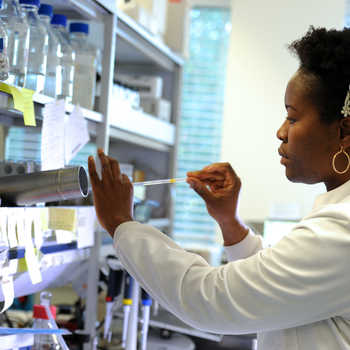